Angela Yuyi Hu, a third year Bachelor of Fine Arts student at the University of Auckland, been awarded the 2019 Simon Devitt Prize for Photography.

This year’s theme was House Hunting, and while most entrants feature unique and creative interpretations of an architectural structure, Angela’s doesn’t.

Instead, it raises questions of what constitutes a home, as distinct from a house, and evokes a sense of place and of uneasy displacement.

This is the 12th year of the photography award established by the highly-regarded architecture photographer for a full-time student at the Faculty of Creative Arts and Industries.

“And it kept wowing me. It’s the winning image, because it’s unexpected. It’s asking questions about what is a home, whose home, how welcoming are we of people who decide to make New Zealand their home,” he says.

“There are lots of questions around that in this image. The person is having a cup of tea, but Angela is taking the Chinese-cup-of-tea stereotype and twisting it, nicely. The shadowing, in the water and around the rocks, evokes the spirit or essence of that land and anchors the person in that land.”

The image struck a very personal chord with Many Zhu, faculty events co-ordinator and co-curator of the exhibition. She is also a graduate of Elam, where she studied photography.

“I moved to New Zealand in the 90s, and the aesthetics of this photo reminded me of the photographs that my family and many families like mine took when we recently arrived, and were still shooting on 35mm film,” she says.

“One of the first things you do as a migrant is take pictures of yourself in a new place; using a camera to understand your new home and anchoring the new person you’ve become in this place on the periphery of the world.”

“This image is a nostalgic trip down memory lane of the surreal excitement and anxiety that comes with settling here. It creatively harks back to a moment in time of personal visual history seldom seen by the general public and lends a voice to the 1.5 generation migrant experience in New Zealand.”

The works from all finalists will be exhibited at the Simon Devitt Prize for Photography Exhibition as part of the Auckland Festival of Photography. 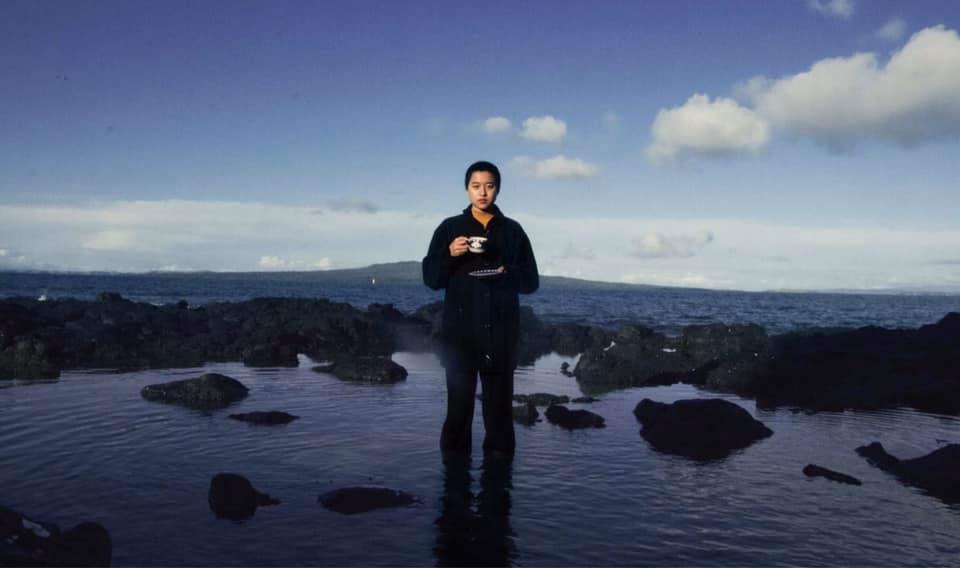 “Untitled” raises questions about a sense of home, and evokes a sense of place but also displacement.