I am a photographer with a strong practice focus in Photography of Architecture, currently based in Auckland, New Zealand, with an established international practice throughout Australasia and further afield.

I have both a strong sense of home and a wanderlust which goes right back to when I was born in a sandstorm beside a sleeping camel in 1973. Working in many different settings across cultures around the world has had a great impact on my professional practice, which has been greatly enriched by my experience of each particular context: Shanghai and its people, the fruitful silence of a Japanese bamboo forest, the light in Los Angeles, so different to the harsh, more direct light in New Zealand.

Infact, I love LA light, so diffused, as if a giant soft box had been placed over the sun. On one particular occasion, standing with my camera equipment in a very suburban street in Echo Park I noticed that I had caught the neighbours’ attention. A few came up to ask what I was doing, in a cutely nosey, neighbourly way, all of them appearing to act as a neighbourhood watch of sorts over the house I was photographing and for each other. I felt a great sense of community and a few of them even made it into one of my pictures. I love people in my photos as their appearance adds a sense of scale and a place in time.

I am the author of the award-winning photo-book Rannoch and the All Things Considered series. Photo-books bring together my passion for image, place and language, which started in 2013 with the launch of Portrait of a House, my first self- published photo-book on the Athfield residence in Wellington. Since then, I have started publishing the Ripe Fruit series.

I lecture in Photography of Architecture at the University of Auckland, where I have also had the pleasure of offering the annual Simon Devitt Prize for Photography since 2008.

Currently I’m represented by PhotoFoyer in Milan, Italy and my work has been exhibited in both group and solo shows.

Once I had a man crush on Nick Cave, and I have a penchant for garden gnomes. Oh, and I prefer my martini shaken, not stirred.

I am available for commissions, collaborations and guest lectures in New Zealand and worldwide. 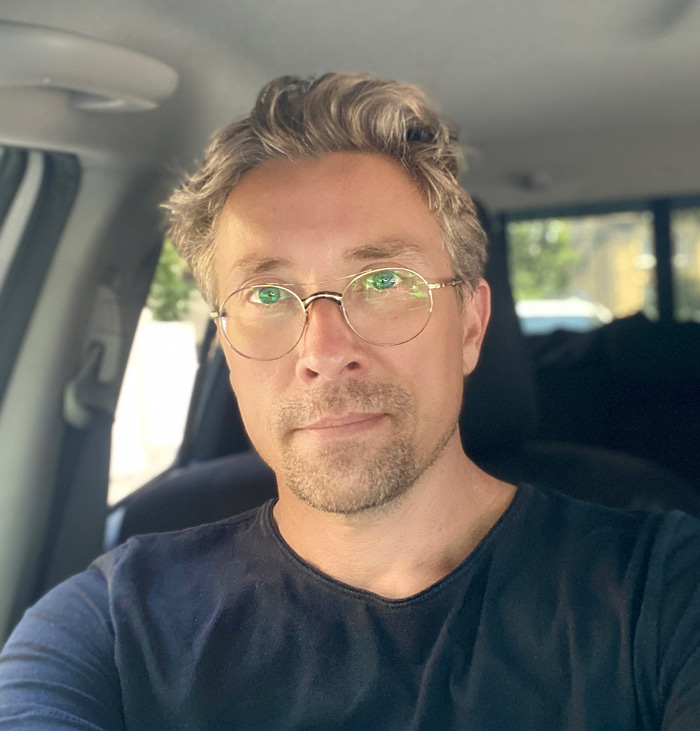 It’s a question of being somewhere to be
knowing when to stay still,
sitting on storeys telling stories
making gardens, waiting to eat.
— Simon Devitt, Ripe Fruit

“Simon brings a thoughtful and considered approach to his work. He listens to the brief and consistently produces shots that are outstanding and draw you into the completed project to capture a sense of place and detail. “

“Simon delivered a set of photos that far exceeded our expectations in terms of capturing the essence of the project, locating it in the urban context and to a photographic quality we hadn’t anticipated when we engaged with him. Since that time, we have worked with Simon on a range of differing architectural projects and he has consistently delivered a high quality result, working with us collaboratively to deliver what we need as well as to offer his own unique photographic interpretation of our projects.”

“I have been working with Simon for over 10 years and I love his quote “show me – don’t tell me” as it catches the essence of him and his work. Simon has an incredible eye for detail and catching the moment. He is an artist with a lens, and I look forward to working with him on future projects”

“I edited HOME magazine for 11 years, and Simon Devitt was a vital collaborator for all of that time. He would come to us with creative ideas of his own; we would pretty much never issue briefs, as we knew his understanding of the magazine was so deep that he intuitively understood our requirements.“

“He has a rare ability to tell a crisp architectural story in his images at the same time as he imbues the buildings he photographs with a sense of warmth and humanity. Simon’s images always delivered, and have been an enormous part of the magazine’s continuing relevance and success.“

I have known and worked with Simon for over a decade – what a revelation! I am an architectural writer and editor, so photography is key to everything I do – what it can do, can’t do and what it should do. It’s all about the balance between documentation and imagination. This is where Simon’s work is so brilliant. It really is a revelation because it reveals so much about a building – its form, its interior, the details and the context. He makes a building come alive. It’s his vision, but never at the expense of the building. A great photographer is a magician and Simon is just that.

“I’ve been publishing Simon’s photography for far longer than my six years as editor of Architecture New Zealand and, in the past two years, of Houses magazine, where his work has appeared on countless covers and in features and news stories; too many to mention. Simon produces some of the most consistently high-quality architectural photography in New Zealand, capturing the essence of each project, the architect’s vision and the way the occupants relate to spaces. He turns shoots around quickly and is well-organised. He understands what we need in terms of telling a story about an architectural project, as well as offering a wide range of perspectives and formats that provide us with plenty of options while laying out spreads. Simon will always go out of this way to be helpful and has great communication skills, often aided by his good sense of humour. I have total respect for Simon as an incredible photographer and always look forward to discovering his next body of work.”