Text by Ana M. Jiménez (translated from spanish to english).

The immensity of the Pacific Ocean bathes the feet of this Contemporary architecture, nestled at the foot of the hills of the Banks peninsula in New Zealand. A remote and exclusive place where the wild landscape is a natural work of art. Who wants more?

Was the year 2005 when businessman Mark Palmer and his wife Jacqui returned to their native New Zealand with the idea of ​​setting up a farm. On a sunny spring day, Mark and his daughter Jasmine hovered over the Annandale estate, one of the largest in the country (with almost 2,000 hectares and 10km of coastline) on the Banks Peninsula. They were thinking of buying it and the captivating beauty of Whitehead Bay led them to make the final decision. “The sea was shining and around there were impressive rock formations. Suddenly we saw a hidden cave and thought it would be the perfect place to create a private refuge that was romantic and intimate, but without altering the natural environment,” says Mark. Thus was born Seascape, a deluxe cabin that already accumulates several design awards. With no preconceived ideas, except for being able to enjoy that unique spot, the owner entrusted the project to Andrew Patterson, one of New Zealand’s most respected architects. As Palmer explains, “His work was very innovative and in tune with the concept of harmony that I wanted to convey, in which architecture serves to enhance the experience rather than define it.” That’s why Patterson chose to create a glazed geometric plant that offers a complete view of the entire bay.

The architect, moreover, was clear that the house should not be very large (in fact, its surface is 176 m2) “In order to maintain the magic of the place”. The construction was a real challenge due to its difficult access, since it can only be reached in helicopter and had to transport from the farm the glass sheets of the enclosure and the coverings. They also had to overcome the natural inclination of the walls, since the interior of the mountain receives part of the structure. To this must be added that there was an earthquake during the works (“lthough fortunately it was not damaged, because it is solid as a rock”, proudly points out Mark). Three years later, after all obstacles had been overcome, the house was finished and ready to be decorated. Interior design, by Jenny Anderson of the Zomia studio, focused on enhancing the feeling of warmth with the use of materials such as wood or stone, indoor and outdoor fireplaces, as well as leather rugs and delicate cushions of cashmere. “All designed to be able to contemplate a storm or the wonderful sunsets, while you are in front of the fire with your partner. And if you’re lucky, you’ll be able to wake up with dolphins, seals and a few clueless whales,” Palmer suggests. A dream that can come true, because Seascape House is rented out (annandale.com). All you need to do is travel to the antipodes! 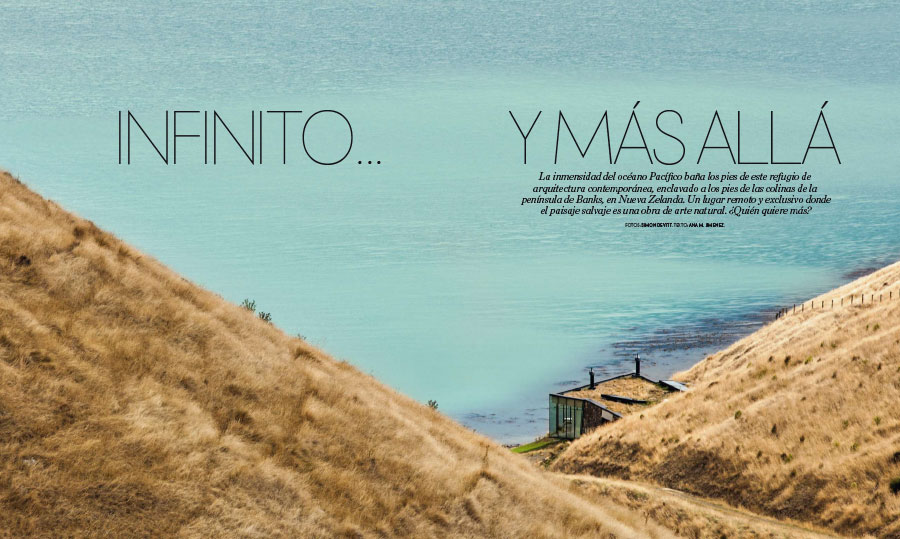 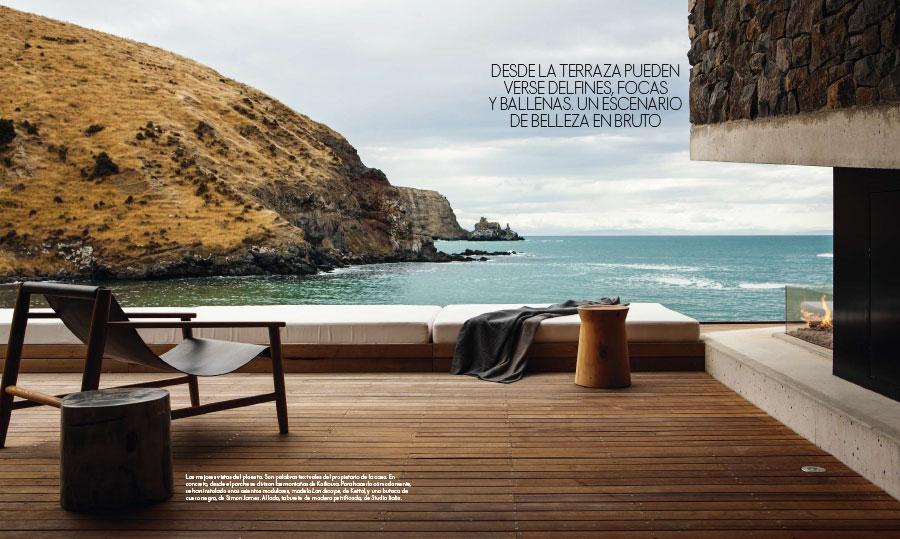 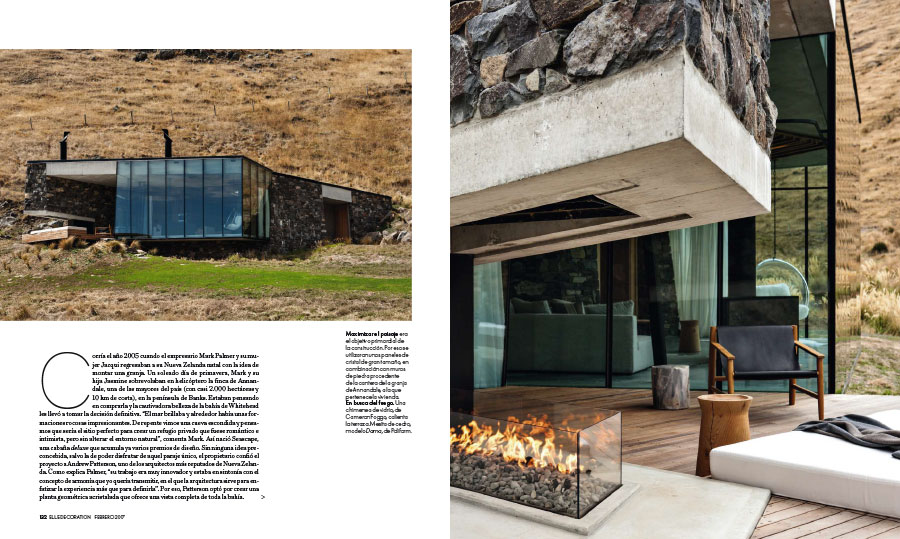 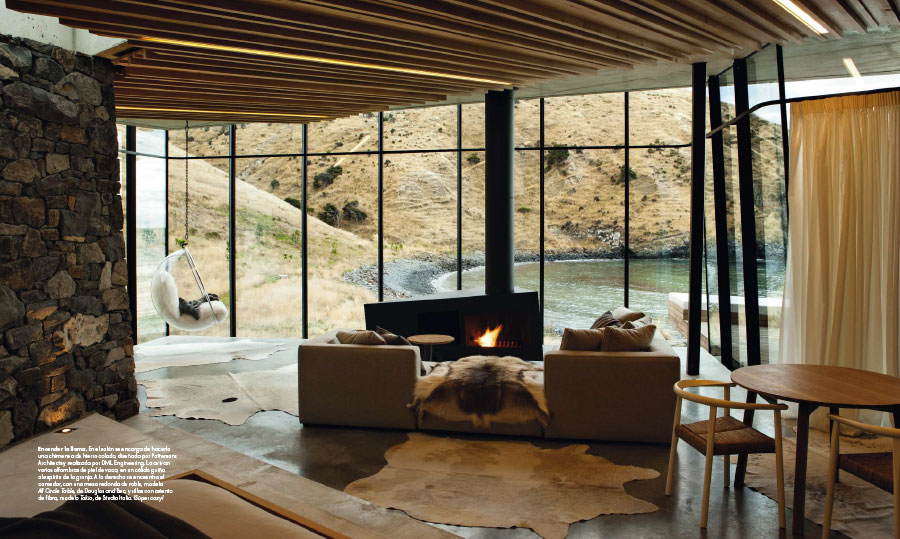 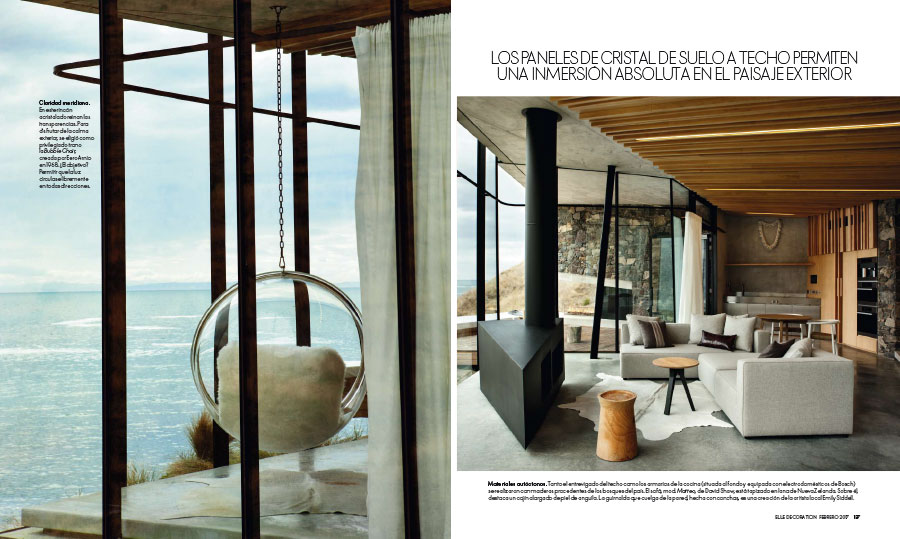 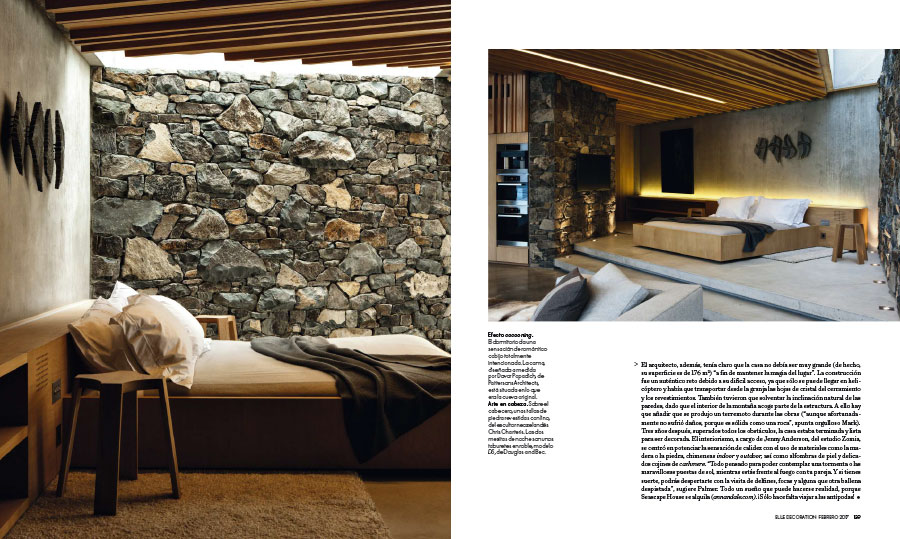 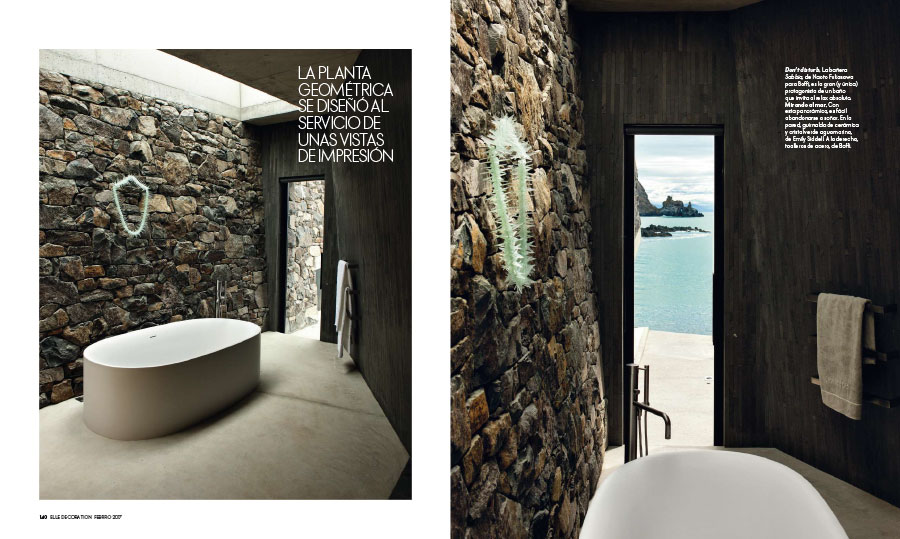