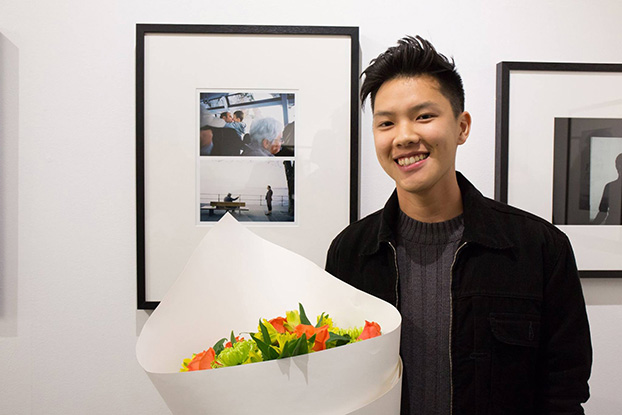 LiWen Choy is the winner of the 2017 Simon Devitt Prize for Photography.

The MArch(Prof) student from the University of Auckland was awarded the 2017 Simon Devitt Prize for Photography, for his entry Dissonance. This year’s theme was ‘How are you?’.

The Malaysian-born, Hamilton raised, and now Auckland-based student says he selected film as his medium as he wanted the restriction of having only 36 shots. He says this method forced him to be more thoughtful and focused with his camera.

When announcing the winner, Simon Devitt said “we all observe fleeting moments and chance encounters in our daily lives. Moment by moment most of these dissolve into the ether. Sometimes one or two will stay with us. Very rarely are these moments, the special ones, captured. But LiWen Choy’s winning work features two arresting images, that stopped me in my tracks.” This year there were over 50 entries in a large variety of styles. The exhibition features work from the sixteen finalists. This is not the first time Choy has entered the competition, having previously made it through to the finals.