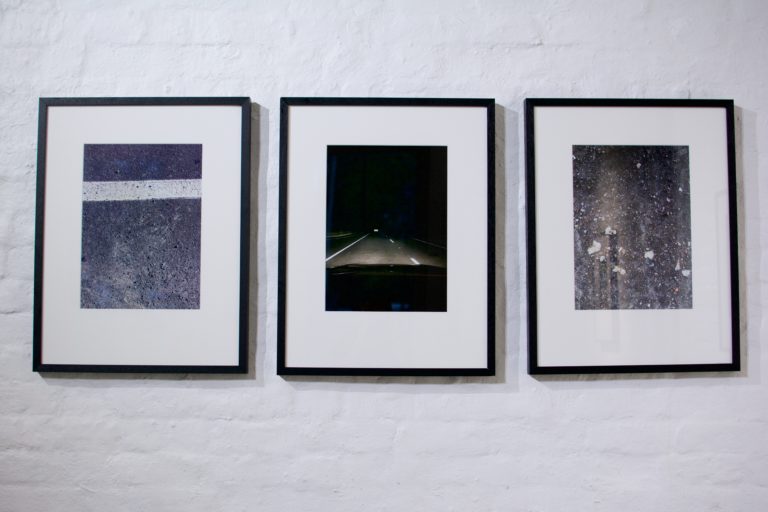 Jodie Salmond is the winner of the 2016 Simon Devitt Prize for Photography.

The postgraduate student from Elam School of Fine Arts was awarded the 2016 Simon Devitt Prize for Photography, for her series of three images captured using an iPhone.

This year’s theme was ‘a chance encounter’ and Salmond, who is in her final year of her Masters of Fine Arts (MFA), included two haiku poems as part of her triptych entitled ‘When I’m night driving’.

Judge Simon Devitt, described Salmond’s work as ‘beguiling and arresting’. When presenting the prize to her he said: “The winning work took risks, pairing a familiar night road trip scene with a close-up study of an aggregate surface and road markings, which were unsettling in their shift of speed and scale.”